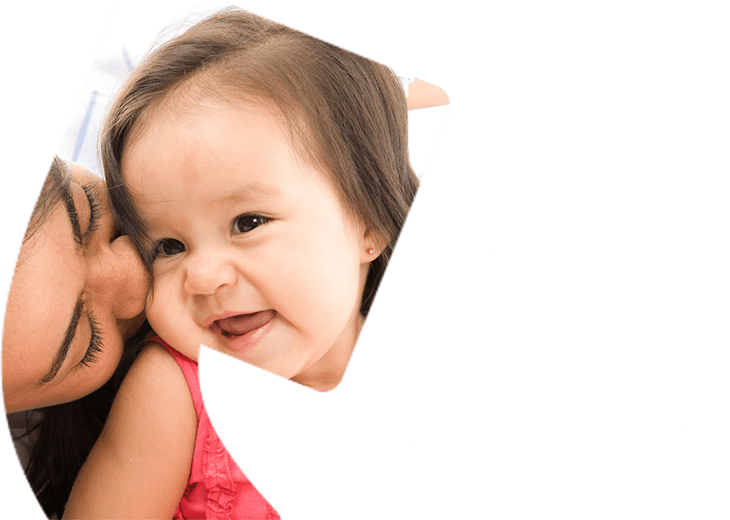 It is commonly recognised that the early years of life are critically important in determining children’s long-term development. At school entry, children from families experiencing disadvantage often lag behind their peers in their language and communication skills, their social-emotional development, and they are more at risk of poorer long-term outcomes.

Parents are children’s first and most enduring teachers and a home environment that is warm and supportive, stimulating, and rich in conversation and written language, promotes children’s social and emotional development and communication skills. It also helps to prepare them for school.

In an effort to improve the long-term development and outcomes for young children growing up in disadvantage, the Victorian Department of Education and Training (formerly the Department of Early Education and Childhood Development) commissioned the Parenting Research Centre (PRC) to design and conduct a large-scale three-year research study, the Early Home Learning Study (EHLS), with the following aims:

Between 2009 and 2012, as part of the EHLS, the PRC developed and evaluated smalltalk in a cluster randomised controlled trial (cRCT). In the EHLS, 18 local government and community service agencies (Providers) were recruited to deliver smalltalk-enhanced groups in 22 local government areas (LGAs). Sixteen of the Providers delivered smalltalk in a single LGA, while the other two were smalltalk Providers across multiple LGAs. smalltalk delivery sites were a mixture of metropolitan, urban fringe and rural LGAs. All groups were newly established for the EHLS, that is, they were not conversions of previously existing parenting groups or supported playgroups.

As part of the EHLS, the PRC compared two variants of smalltalk (group alone and group plus an in-home support component) with ‘standard care’ in two existing community-based service platforms; Maternal and Child Health (MCH) parent groups and Supported Playgroups (SPG). Ten LGAs offered smalltalk through the MCH platform and 10 through the SPG platform and over 2200 families participated in the study.